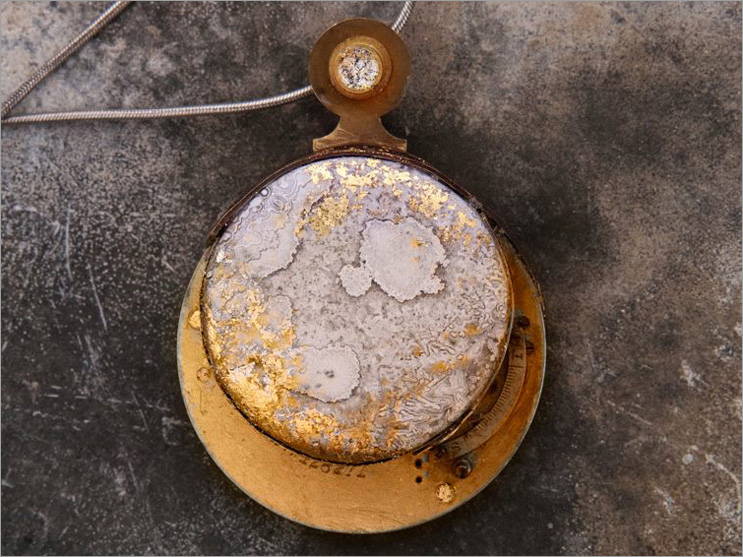 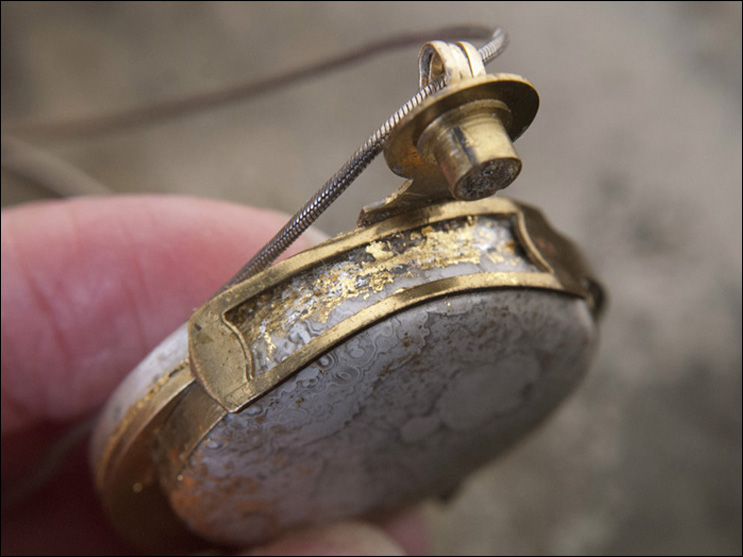 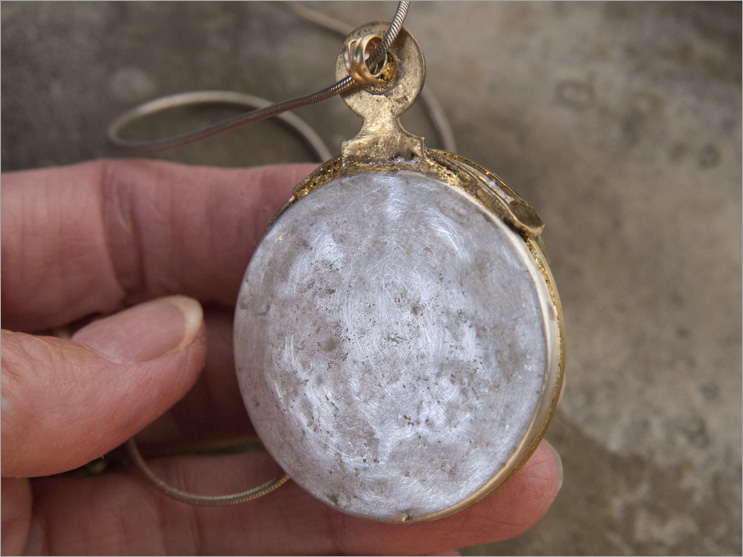 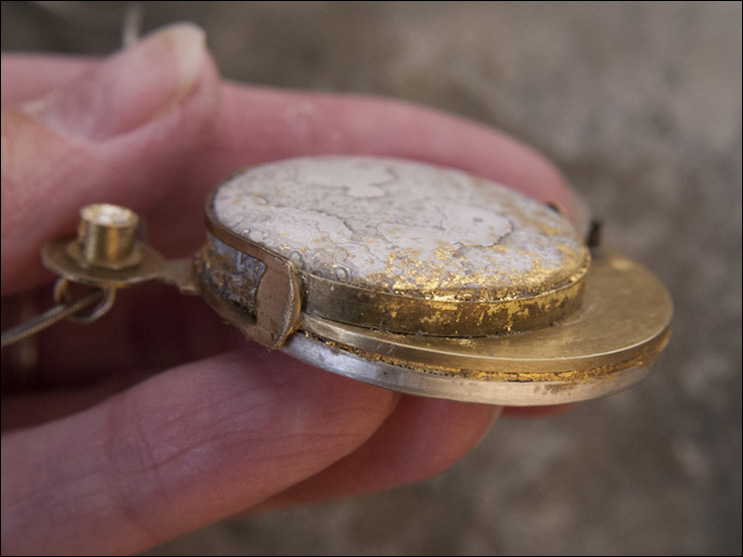 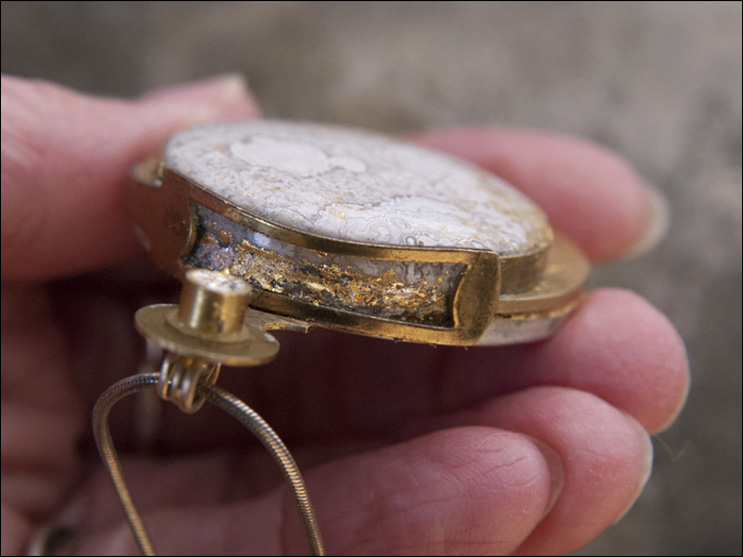 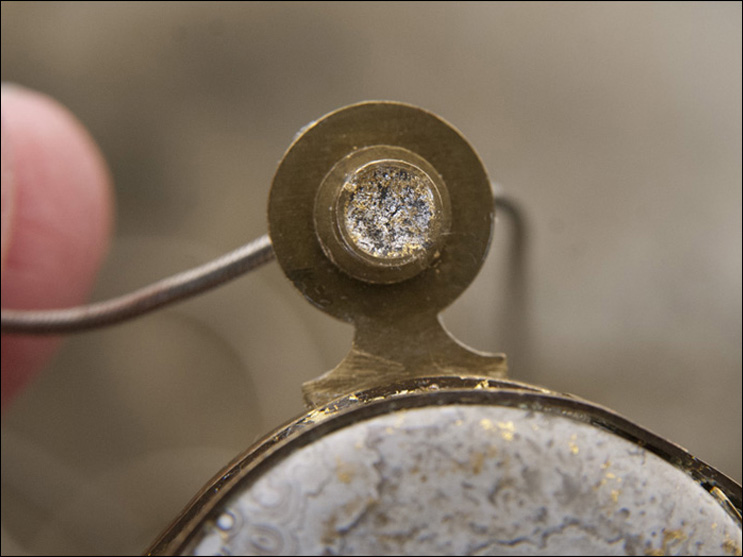 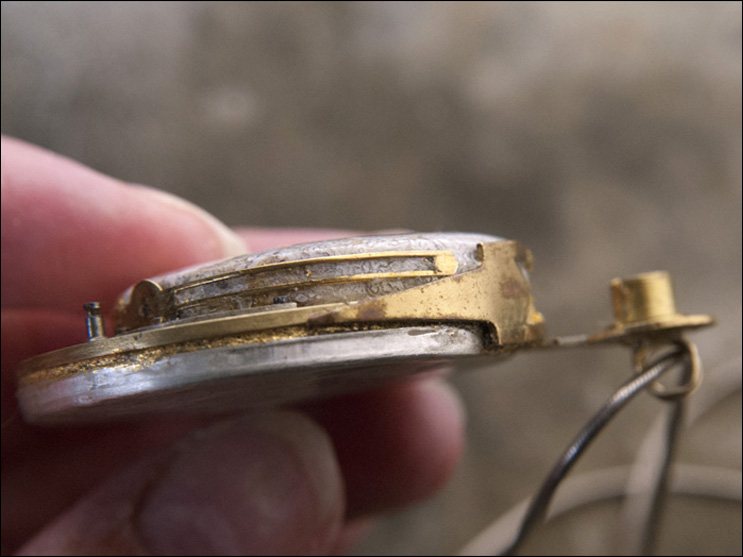 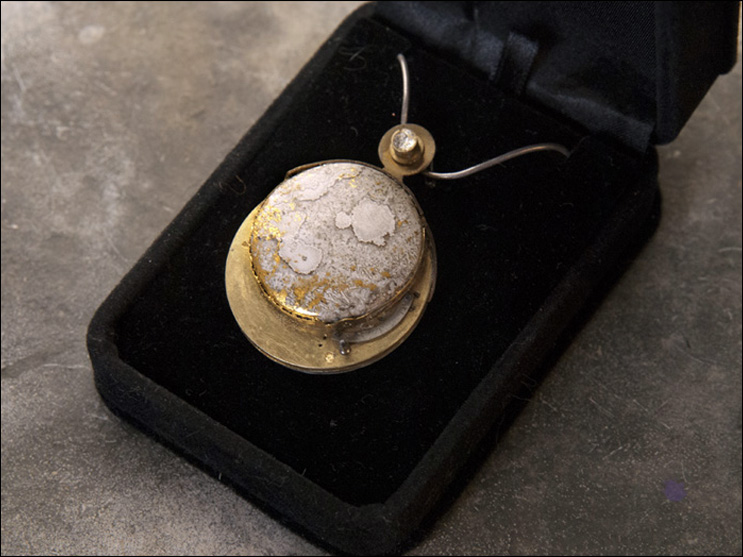 On March, 2015 I witnessed a solar eclipse that affected me in profound ways. I wanted to create something to mark this event.

I decided on a weighty pendant that would be worn over the heart. The vision for this piece developed around the exquisite cabachon of lace agate that represents the moon. It was delivered from the United States, The other components, such as the brass pocketwatch plate and clock hands, sterling silver, gold wire and gold leafing are from various parts of the globe. They have been fashioned and joined to suggest the crossing of the sun and moon.

Just as I was putting the finishing touches on, someone expressed interest in buying it for his daughter. I completed it and shipped it to arrive on the day of the Lunar Eclipse in September 2015. 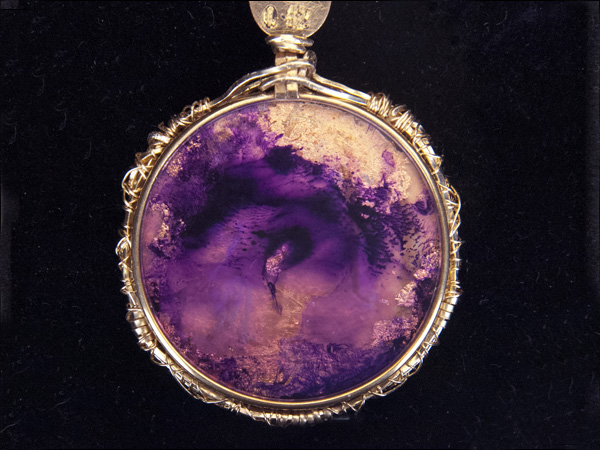 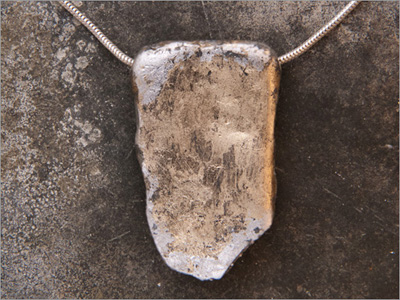 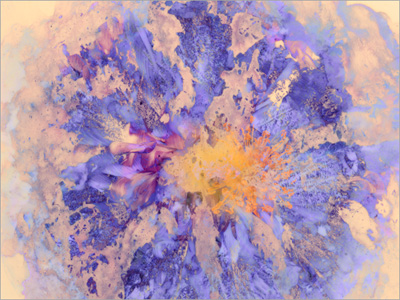 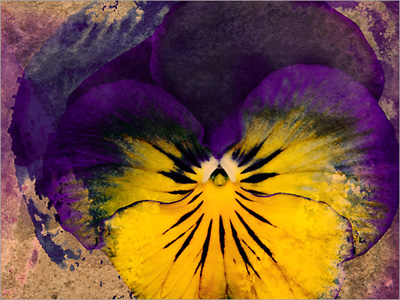